Members of the Foundation Friends of Mikumi have been involved in the St. Kizito Hospital in Mikumi, Tanzania, for many years.

Since 2003, a group of Dutch midwives, nurses, and gynecologists regularly travels to Mikumi, not only to provide hands-on assistance, but also to give theoretical and practical advice and instruction.

The initial members of the group came from Heerlen and Leiderdorp, but now participants from all over the Netherlands travel regularly to Mikumi.

The hospital is growing rapidly. The quality of care is improving, and increasingly patients are able to find the conveniently located Mikumi. Initially started as Mikumi Health Centre, in 2008 the Centre obtained the status of Hospital and has since been called St Kizito Hospital. Due to the rapid growth and increased services there has been a lot of construction, culminating in the 2013 opening of a new delivery ward.

What initially started as hands-on aid to local health care is shifting increasingly towards education and professional training. Spearheading this change is the establishment of a program to provide tuition grants and the building of a new school for nursing and midwifery. 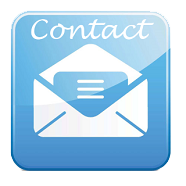